While working at the Champaign-Urbana Community Fab Lab, I stumbled upon plans for a clock built entirely from wooden gears; the plans had been made in a previous decade, and were designed to be cut carefully by scroll saw. The possessor of the plans mentioned that the lasercutter was the perfect tool to create precision shapes such as gears.

I realized that a long-time fascination of mine, the orrery, would be the perfect project to attempt with this technology: it’s small but very extensible, requires some clever mathematics for gear ratios, and also involves a level of precision that my previous projects often lacked.

This project is still a work in progress: the following are pictures of my first draft of the tellurion portion, which only depicts the sun, moon, and earth. The current draft has a few flaws: although the frequencies of orbital ratios are accurate (3:40), the sun rotates (it shouldn’t), and the earth doesn’t (it should).

The gears were made using an online gear template generator, and the calculations were inspired by a 1938 paper by Charles E. Balleisen titled Revised Orrery Calculations, and aided by the American Scientist article On the Teeth of Wheels as well as an AMS article on Stern-Brocot trees. 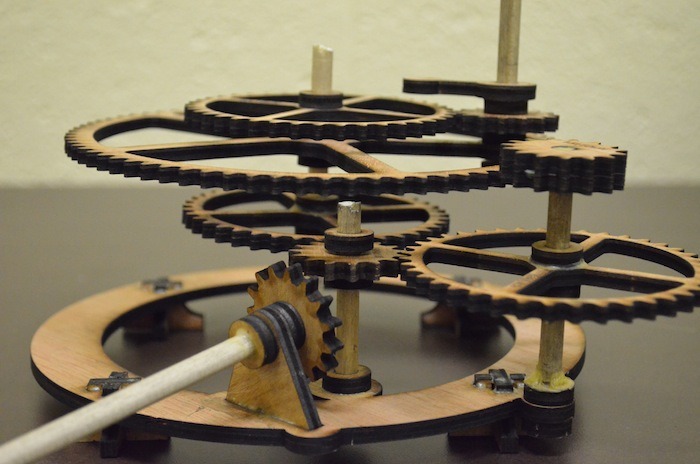 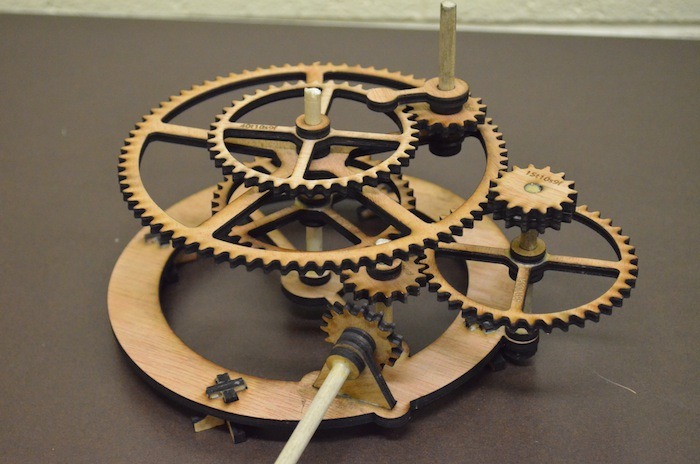 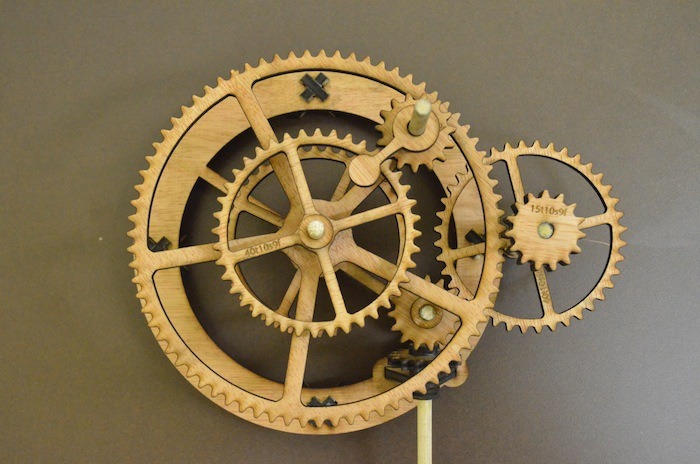 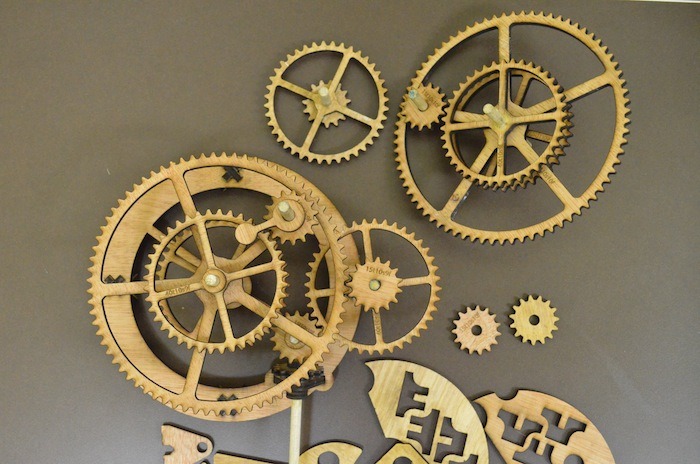 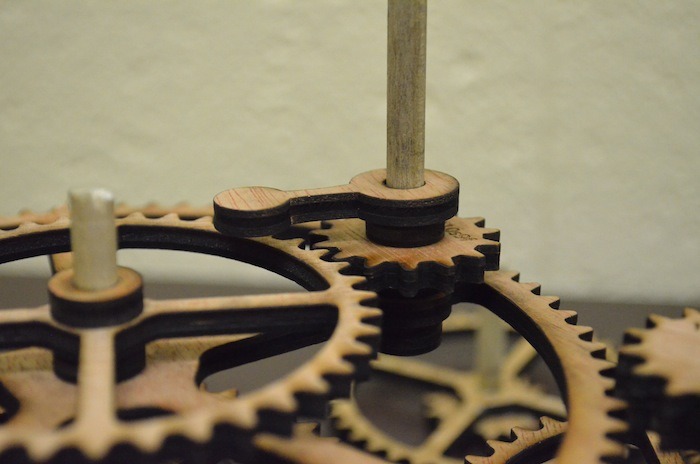 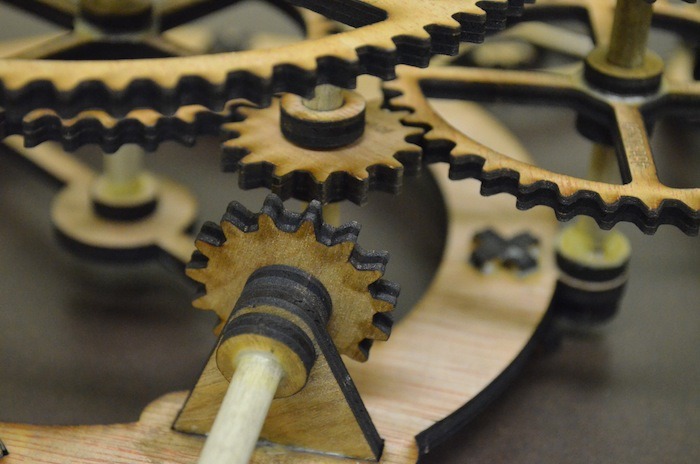