The WatchDog is an electromechanical walking alarm clock built by Chris Olsen, Andrew Mott, David Thunga, Mike Bloom, and myself for the Design for Manufacturability (ME270) course at the University of Illinois in Fall 2015. 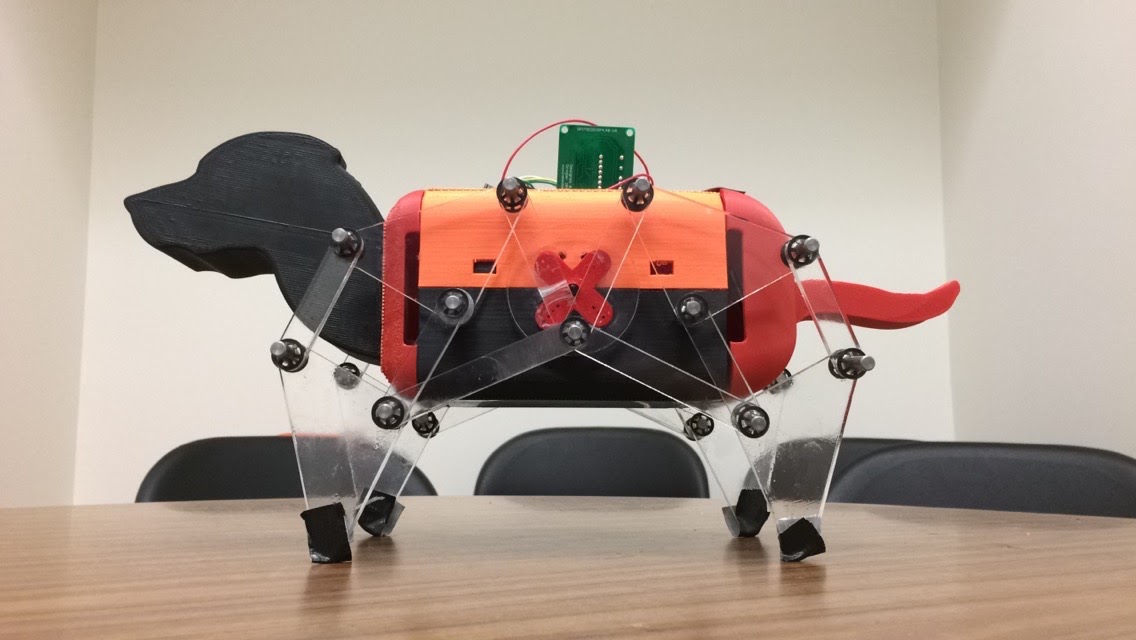 From the product description:

The WatchDog is an interactive novelty alarm clock that deters the user from overusing the snooze button. After the alarm has been snoozed once, the WatchDog is programmed to begin barking and running at the end of the snooze cycle to ensure the user must get out of bed to turn off the alarm. The WatchDog is a complex electro-mechanical system in which an Arduino controls both the alarm clock functionality and the rotation of two small servo motors. These servos were attached to eight-bar linkages (Jansen mechanisms) that were created using laser cut acrylic and held together with dowel pins and retaining rings. These linkages allow the WatchDog to move with fluid, canine-like motion thus adding to the aesthetic value of the design. The Arduino circuit and servos are housed within a segmented, 3D-printed torso that is held together with snap fits. The two endcaps of the torso are attached to a dog-like head and tail to add to the friendliness of the design.

The majority of my contributions to the project were towards its circuit design and Arduino programming, as detailed in the paper.